Grateful for the Garden, Despite A Challenging Season

Produce is coming in well now, with picking, cooking and 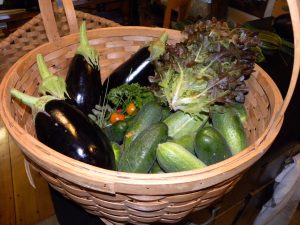 preserving a big part of my days and nights. I’m grateful for the resiliency of nature and the good soil I’ve been building that brings me any bounty at all in such a tough year. 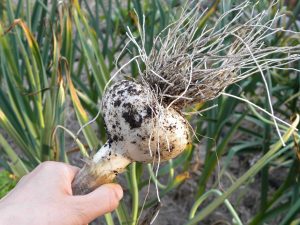 Mostly, our annual garden has suffered, which is where we get most of our veggies. We are working on more perennial veggies, and fruit and nut bushes and trees, but those take years to establish. So, meanwhile, we have the annuals.

The first big challenge was critters of the herbivorous rodent types. Chipmunks, and, yes, at least one groundhog.

In our area, this season has been teeming with animal garden disruptors. I have talked to a number of people having extra trouble this year with squirrels, rabbits, chipmunks, raccoons,… I think it’s related to the mild winter we just had allowing an unusually large number of them to survive, leading to lots of competition for food, between themselves and with humans. 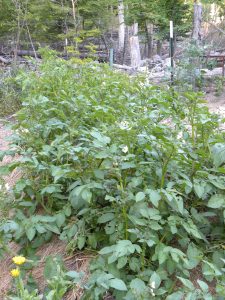 In any case, even one groundhog can be the end of it for a garden. We have good fencing, but it’s a few years old, and our GH was finding every weak spot that had developed. She got in at least 10 times, eating her way around. Favorites were peas, lettuce, all of my brassicas (kale, collards, broccoli, cauliflower, cabbage), bean plants, and sunflowers. What I noticed she did not touch were garlic, onions, squash, eggplant, potato and tomato plants. When I write that out I do see that she was leaving us something, but we eat lots of brassicas and beans, so found it really painful to have them wiped out – more than once. They would disappear, then Steve would work on fencing, and I’d replant… and they would disappear again.

It was really frustrating and I admit to shedding some tears in the garden a couple of times. I considered planting a ring of stinging nettle along the whole border of the garden, but when I looked online to find out if this worked I only found a video someone took of a groundhog happily munching away on them! Wow, they’re tough little beasts – and smart to eat such nutritious food!

We had a Have-A-Heart trap set up, but no luck. We did catch the baby goats a few times! At some point in about mid-June, Steve did make the garden tight enough – including a new gate that is almost human-proof it’s so well-built! 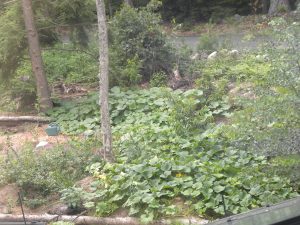 Squash Vines in the New Orchard

At that point the GH moved higher up on our property and started in on my perennial gardens. This is much closer to the house, so we started to see her a lot. This led to the opportunity for us to bring a quick end to this chapter, I will say euphemistically. 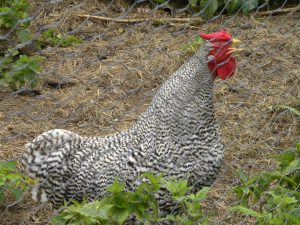 Our Dominique Rooster Making Himself Heard

[A further word about my feelings/philosophy on this Ground Hog… I was frustrated and angry, but I tried to keep enough perspective to never hate her – she was doing just what she was supposed to do in the landscape! We were in competition, and I wanted to win, but had respect for her as a smart, tenacious being. I’m glad that there was a quick end to it. I’m not a big fan of relocating animals like this, who will likely either become a problem for someone else, or be so traumatized by the move that they die anyway after suffering. This felt like the right way to address it responsibly to me. And, yes, we did cook this GH, fattened up on organic produce! However, the taste wasn’t great, so we let our chickens eat her, giving them a blissful, oh, three minutes or so! These are the moments I remember that chickens are direct descendants of Tyrannosaurus Rex. Little dinosaurs in our yard…!] 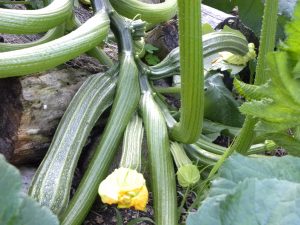 After that was dealt with, I have still been losing some produce to the chipmunks, but a manageable amount compared to the GH loss.

By this time, though, we were being hit with drought. Here in Seacoast NH we have been classified as experiencing a “severe drought” for about a month now. I heavily mulch our gardens for the health of the soil and for water conservation, and we have swale/berm systems set up. We will also water our garden, 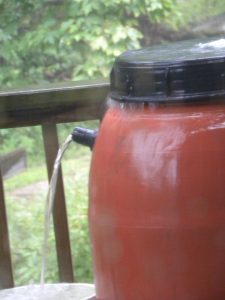 but it is possible to pump our well dry, and our rain barrels and ponds are only enough for a few deep waterings. This year none of that has been enough to keep up with what the garden needs for best yields in a year with months of drought.

While the competing critters are frustrating, the drought is depressing and frightening. It’s so far out of my personal control, and it’s so tough on the land. I think about other places dealing with worse drought. California shows up on the US drought map I check, with it’s off-the-charts lack of rainfall, but the global drought situation is truly scary. The connections between lack of water and violence and war are getting clearer and well-documented. This is why climate disruption is so clearly important to movements for peace.

I have reflected a lot on how much more stressful this would be if we were truly and totally depending on this garden for our food, without back-up plans of buying from farmer’s markets and grocery stores. That’s how it used to be and still is for a lot of people: grow food, or be hungry. We are in a strange moment in time here when most (not all, I know) Americans have enough to eat without even having to think about food production. I completely support keeping everyone fed, whatever their economic circumstances. But I also think we’d be more resilient, smarter about what’s really important and happier if we all had a hand in the important work of feeding ourselves and our communities.  Meanwhile, I give thanks for my beautiful havests! 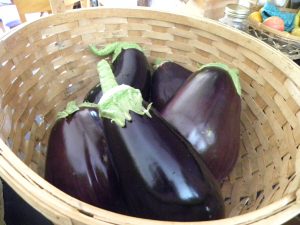 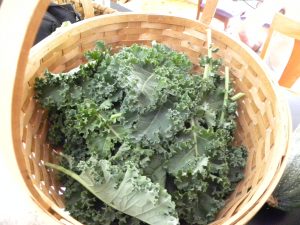 3 Responses to Grateful for the Garden, Despite A Challenging Season 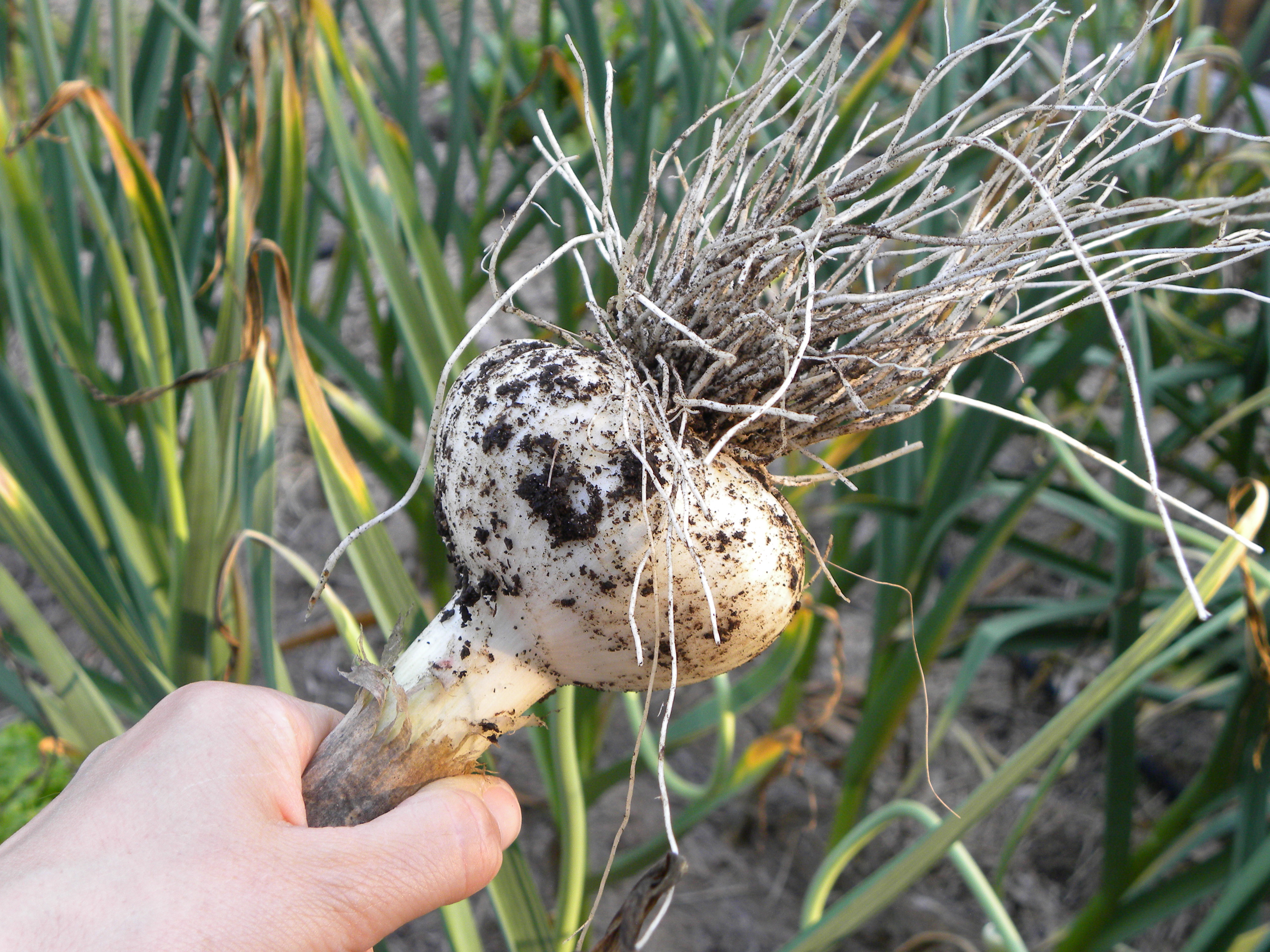