At the end of September’s post, I predicted October would be another busy month and it met – maybe even exceeded – expectations, including some big jobs and heavy lifting. Once Autumn arrives, the anticipation of winter and snow cover creates a certain drive to get the work accomplished which can be stressful. I suppose I am like my bees who become hurried, wild and intolerant of interference as the days grow shorter!

The wet, dreary weather and some unforeseen setbacks didn’t help either. All that said, there were many successes and harvests that it will do me good to reflect on and hopefully be fun for you to hear about!

Our Work in October 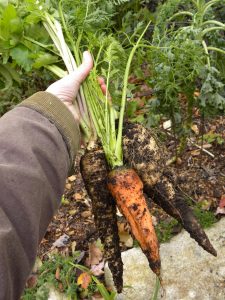 Harvest this month consisted primarily of a few big days of work. The root crops – carrots, beets, and parsnips – were pulled and packed in sand in buckets to last us longer. For now these buckets are outside the back door. If we get a deep freeze before we eat them all we can move them into the house.

I brought in the dried bean crop, now hanging in big paper bags in our living room.

Then there was the winter squash. We had a very successful season with our final totals indicating we ended up with 1,200 pounds. While I love winter squash for us and the animals and did want a lot, I definitely did not intend to grow this much! We had to come up with a lot more curing and storage space, which proved challenging because of this year’s rodent population explosion. I’d set the squash up somewhere in the greenhouse, thinking it was out of reach of critters, only to have bite marks appear on all of them! I have been carting these hundreds of pounds from here to there to yet another place! This is not the smart, efficient, permacultural system that we strive for, to say the least. But then again, there will always be surprises and challenges no matter how well-laid our plans. 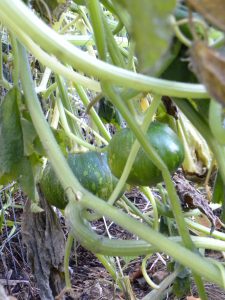 Seminole Squash Hanging, Not Quite Ripe

The mystery of the Seminole squash ended after the arrival of the first frost, causing the leaves to wither. Hiking through the large amount of plant matter – vines and leaves – I found 414 # of squash. However, none of it was truly ripe. We can still eat it, it just isn’t as sweet as it could be, and it won’t keep as well.

I love planting garlic and did so this year on October 22. One hundred and seventy-five cloves of four varieties: Music, NY Extra Hardy, Philips, and Red Russian. Exactly when to plant garlic is a topic of debate lately since the timing has become harder to get right. For the biggest, healthiest plants next year, they should have time in the fall to set roots but not send up green shoots. About a month before a hard freeze is ideal. When I started farming in 2008, we planted in late September. But with the shifting of our climate and seasons, it’s much harder to anticipate when the freeze will arrive.

We had enough decent weather to work on soil building in our new garden and orchard areas. We haven’t gotten as far as we’d hoped because this Autumn mud season makes driving the truck on the land difficult. Using buckets and wheelbarrows takes longer, but keeps the job moving along.

As I mentioned before, we had some problems this month, and this was probably the worst – all the beautiful, organic hay that we put up for the goats molded! Anyone else notice that we just had an incredibly humid late summer and early fall? I don’t know if we broke any records, but it was not our norm, and many people experienced issues in their gardens. My garden was fine, but not our hay. So, we had to pull it out, spread it around for mulching, and we’re now hunting for more hay. We had one lead, but that turned out to be moldy, too. Tough year here for hay.

We had two more days of poultry processing, then integrated the birds we’re keeping. Our young rooster has not settled into his role, pecking at the hens rather than romancing them. One of the young females is still small and a good flyer, so most nights she needs to be collected from a shelf in Steve’s shop and put into the coop. 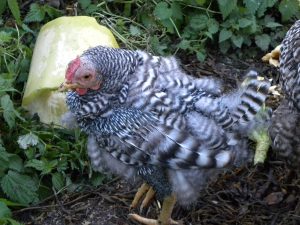 Hopefully everyone will settle in soon.

For the first time, we had NPIP (National Poultry Improvement Program) testing of our chickens. There is currently a free program in NH for having your birds tested for Salmonella and Avian Influenza. Having a proven clean bill of health (which we did receive) for these is a good idea since we sell birds at times. It also means we could bring our birds to shows if we ever wanted to try that!

I did the first level of winterizing the bee hives by adding an upper entrance and insulation on top. Late November I’ll wrap them up as well, but it’s still a little too warm for that now.

Tabitha and Bella, our cats, got to work once the heat died down, and helping to bring the rodent levels down before we are completely overrun, we hope.

There have been a number of repairs and refinements needed on our various animal houses and outbuildings. Moving the winter’s wood supply onto our porch is about halfway finished with a cord in place.

We are turning more of our attention back to community involvement. I attended permaculture, political, storytelling and Samhain events. All were important to me, even if they pulled me away from work here. 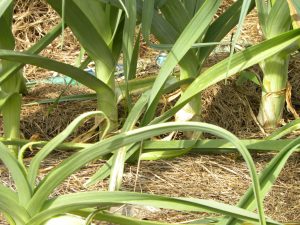 Leeks, Still Happy in the Garden in October

Although we didn’t get a frost until mid-month, the lack of sun and warmth meant much lower yields for most crops:

It was time to bring in the root crops and winter squash, before the rodents ate them all!

From the animals we received 72 chicken eggs, 1 duck egg, 8 gallons of milk, and about 60# of meat. Eggs are done for the year while the older birds molt and we wait for the young ones to start laying.

We made 238 kwh from the PV solar panels. I talked with an employee of a local solar company a couple of weeks ago and he confirmed that it wasn’t my imagination or a problem with our array, it has actually been dark! They have had inquiries from many people thinking that their systems weren’t working correctly, but they were just under-performing due to all the clouds we’ve been experiencing.

November is goat breeding month here, so we’ll be moving animals around, pairing them up, and listening to them complain about the changes. Our buck, Marley, has been ready for a couple months as evidenced by the amazing smell he cultivates. Finalizing wood placement is on the top of our list. Then, we have a lot of projects we hope to make progress on before the weather really turns to winter. 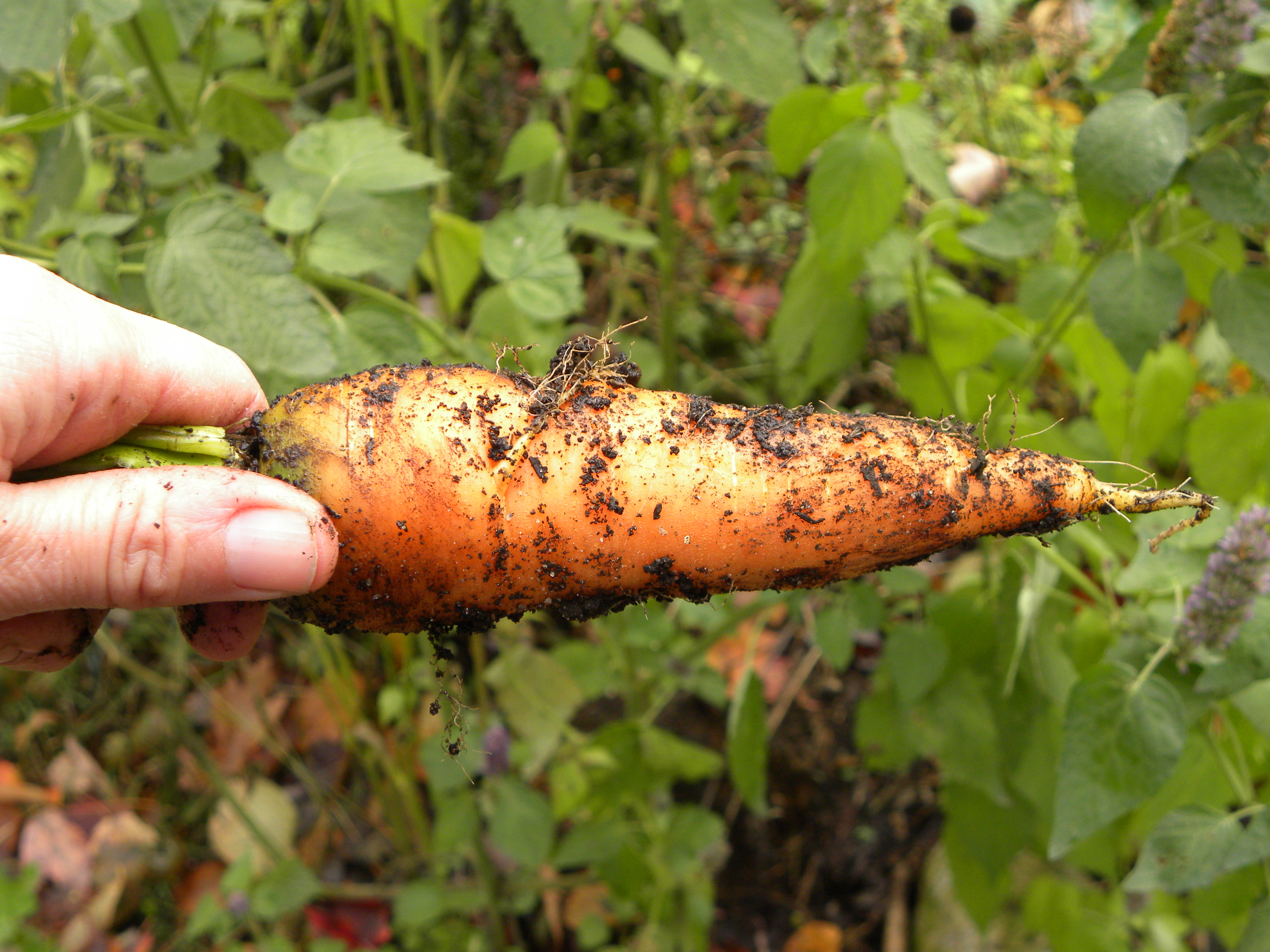