January is one of the quieter months on a New England homestead. Let’s take a look. 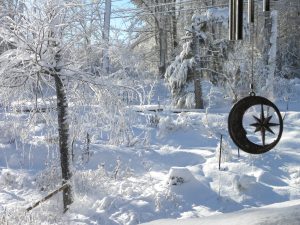 Our Work in January

The ground is frozen, the gardens and orchards at rest. Nothing for us to do there. I kept an eye on our tree guards after some heavy snows to make sure no drifts had covered them, allowing vole access.

The bee hives were wrapped up in November and there’s not much I can do for them in the winter. However, we maybe should have tried. The deep freeze that started on December 27th and lasted until January 8th was deadly for my smaller nucleus hives. When it’s that cold the cluster of bees is unable to move around to get to their next meal. Sadly, I found several lovely clusters of bees had starved just an inch away from more honey. My big, strong hive did great – I guess they could generate enough heat to move the cluster. On the first 50F day that came along – our January thaw – there were so many bees in the air I first thought all the hives must have survived, but most returned to that one as it sun lowered.

At least I was left with a few supers worth of honey to start off the new bees I ordered for the spring with some good nutrition. We are researching hive warmers. We figure that if after a week we’d given each hive just a couple of hours of extra heat they could have re-positioned themselves and survived. Who knows if this will happen regularly in the future or not – now that the climate is becoming more variable it’s impossible to predict and plan. It’s stressful on us agriculturists. 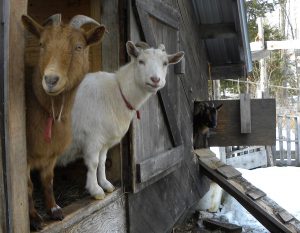 Our goats just need some shelter from the wind and their thick coats even in extended freezing temps.

The other animals did great in the cold. We chose breeds that were known to be winter-hardy, and they have lived up to their reputations. We still needed to do basic care – keep feed and water stations stocked for them, open and close doors, milk the goats in the morning and collect eggs when there were any.

Inside, however, there was work to do.

We used Fedco for our seed order this year, including seed potatoes which will arrive in the spring. It was a good sized order for us since some of our seeds were a few years old and not germinating well anymore.

The winter is time for education – both for learning ourselves and teaching. I have Bee Culture magazines and a stack of books to catch up on. Through Seacoast Permaculture I’ll get a chance to watch some documentaries I’ve been excited about, discuss social permaculture with a small group book study, and take a few classes. I am teaching about beekeeping right now, and will give workshops on gardening later in the winter. I’m also teaching frame drum classes and cirlce dances, working on a writing project, and active in our local storytelling community.

This is also a good time for us to be civically active. The NH state house still goes by an agricultural schedule, doing most of its work in the winter. Works great for us! Steve has a lot of planning board meetings, and our town deliberative session is in early February. I’m catching up on some national issues I care about as well, and contacting my reps about those. So, while the weather drives us in on the homestead, it also gives us a chance to look at a bigger picture and try to have a say in the larger world.

Our Harvest in January

The chickens are laying!

The work is minimal and so are the rewards this time of year. A few things did come in.

A hen in the nest box

Our chickens began laying again after we added supplemental light in their coop at the end of the year. In January we collected 48 eggs.

Our milk supply is very low at the moment. We make some choices that mean less (but healthier, we think) milk in general. But, we also had a breeding failure in Fall 2016 so none of our girls had kids this past season. We are milking 2 goats who gave birth in Spring 2015 and 2 who did so in Spring 2016. We find that breeding every other year works well, but once we get beyond that, they don’t produce very much.

Also, 2 of those goats were first fresheners, thus not going to be big producers yet. All that said, we still brought in 6.6 gallons of milk in January, which I made into plenty of yogurt and soft cheese for us.

blueberries, strawberries and peaches; frozen eggplant, salsa, pesto, berries and meat; honey, dry beans, popcorn, and cornmeal. Nothing has run out completely yet! Steve has also enjoyed a few fresh lemons and herb cuttings growing indoors in pots and the aquaponic systems.

The woodstove needed feeding a lot this cold January so we were glad for all our stacked wood. Our solar panels didn’t do well for us between the low amount of sun and the coatings of icy snow that wouldn’t budge for days on end. We’re thrilled they are clear by now and heading back into a productive time as the sun returns to us.

That’s our January update… February should see an increase in animal products and possibly the end of the supply of some of our stored foods. I’ll tell you about it in a month!

4 Responses to January At Living Land 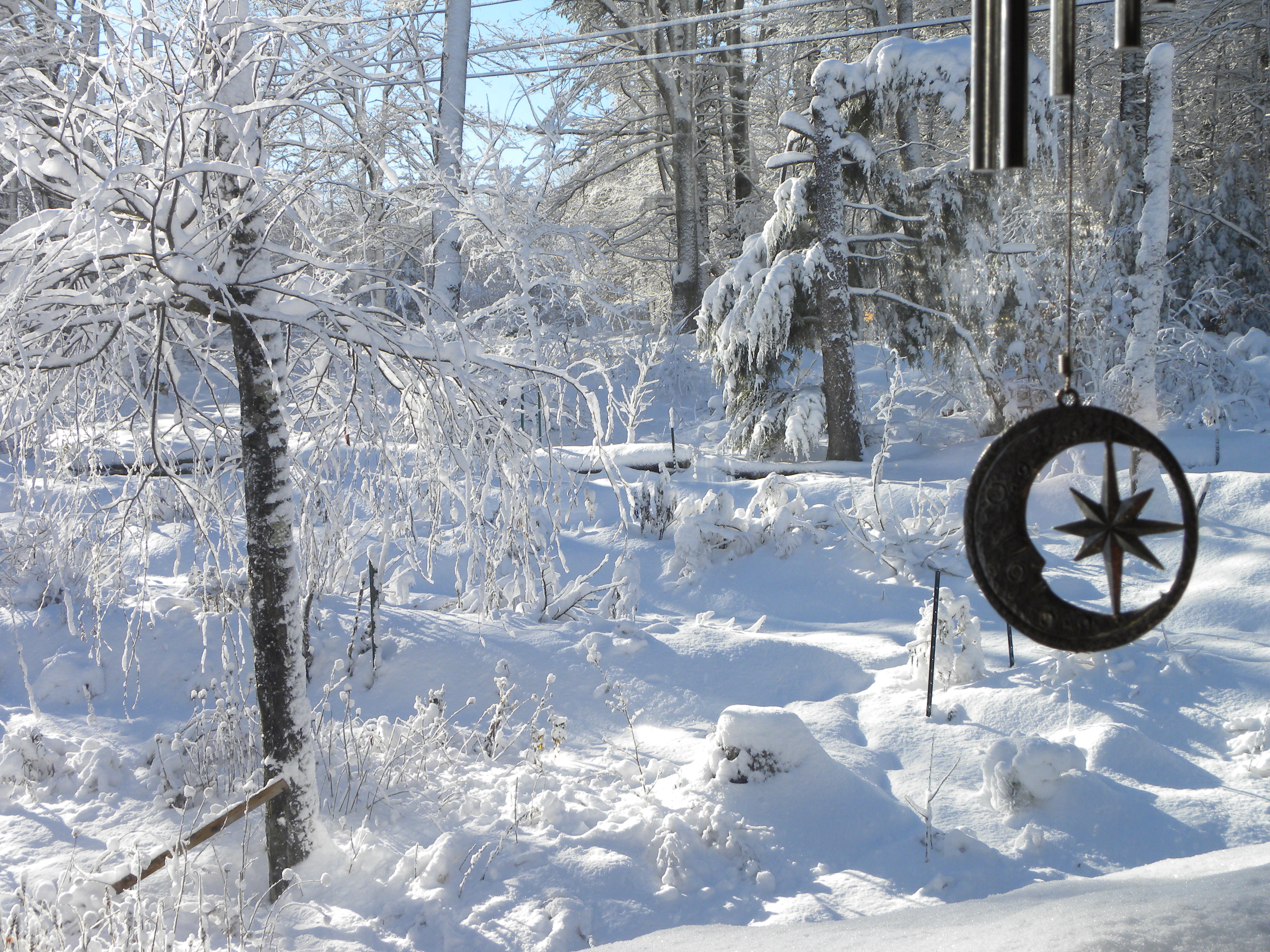