For those of us in temperate areas, eating local means learning how to extend harvests into the less productive seasons. Last year I wrote about the many food preservation methods that we can use. Another strategy is to find ways to get your plants to produce earlier in the spring and later in the fall. Perennial edible vegetables are one way to get an earlier harvest. They have a lot of other benefits, too. 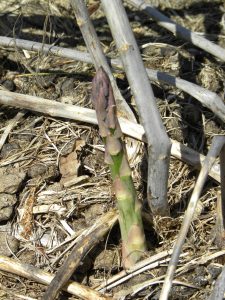 Most of the vegetables that we eat are annual plants or biennials that we harvest in their first year (most root crops are biennials, like carrots and beets). These need to be replanted every year, can be delicate and are not great at building soil. Perennials on the other hand, regrow all by themselves after getting established, can take much tougher conditions and offer year-round living space and food to many in the soil food web. We also noticed in this year’s spring drought, they did not need nearly as much watering as our tiny starts did. As our weather patterns continue to shift, more resilient plants are critical to invest in.

Because perennials can develop large root systems that feed them year after year, they have the chance to grow much earlier in spring. While I’m still babying many of my seedlings indoors and have only just started planting seeds, some perennial veggies are ready to be eaten!

There are resources and people who have extensive knowledge of many plants in this category. I especially recommend Stephen Barstow and Aaron Parker’s work if you want to delve deeply. I’ll just tell you about the handful of veggies that we have been working with here at Living Land.

Rhubarb grows well for us!

Some perennial edible veggies are already well-known and well-grown, in particular asparagus (Asparagus officinalis) and rhubarb (Rheum rhabarbarum). Asparagus needs a few years to really get established, then should produce for a minimum of 20 years (most sources say 10-20 years, but at farms where I worked we often were harvesting from beds at least double that). We’ve had great luck with rhubarb, with the plants usually being vigorous enough by their second year for us to begin harvesting from them. You probably already have recipes or ideas of how to use both of these, which helps greatly when all your work pays off and you have the food in your kitchen ready to use! We also tried something new this year – interplanting asparagus with strawberries. We read that they could be good companions, since they use different above ground space and root zones. 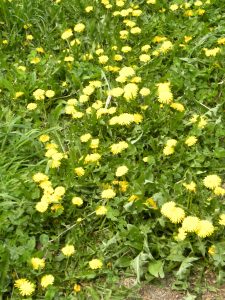 Next let me mention two very early producers which most people think of as an herb, a medicine or, sadly, a problematic weed: stinging nettles (Urtica dioica) and dandelions (Taraxacum officinale). They are super easy to grow and bring other benefits, too. Both are exceptional soil builders and dandelions are important pollinator plants. The early leaves of both of these plants are extremely nutritious. Dandelion leaves can be used in salads, braised, or added to soups. Nettles do need to be cooked for at least a few minutes to deactivate their sting, so are great as greens in veggie dishes. I also dry them for making herbal infusions.

Egyptian walking onions (Allium proliferum) also appear early in the season, generally after the stored winter onions and overwintered leeks are running out. Perfect timing! There are actually various types of perennial onions to choose from.

Lovage (Levisticum officinale) can also be considered an herb. This is essentially celery that comes back year after year. I don’t like celery or lovage, but Steve does and I have found many recipes out there to try if you are a fan. 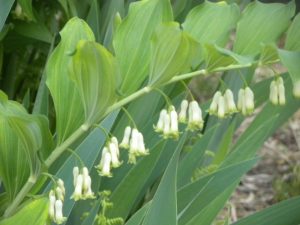 True Solomon’s Seal has flowers all along the stem

Solomon’s Seal (Polygonatum biflorum) and hosta (Hosta spp.) you may know as ornamentals, but you can also eat their early shoots just like asparagus. Since they have been selected for how they look, their taste will vary from plant to plant. None will make you sick, but some will be more palatable than others. I like these in braised veggie dishes, soups and quiches. You will want to pick them when they are short, before they leaf out.

Sea Kale Florets in May

We have been working on getting Sea Kale (Crambe maritima) established here and seem to finally be succeeding. All parts of the plant are edible, especially the leaves and flower buds (like broccoli). This is another to cook up with various veggies for fresh spring dishes.

Turkish Rocket Florets in May

Our Turkish Rocket (Bunias orientalis) plant made it through one winter and produced some nice florets for Steve’s omelets. Turkish Rocket is especially known to be drought-tolerant so we are excited to have a nice bed set aside for it to fill in.

This year we started a bed of Ground Nuts (Apios americana) complete with a serious trellis for climbing, and Hablizia (Hablizia tamnoides) with space to climb as well. The ground nut tubers will be ready to start harvesting in two years. Hablizia’s spinach like leaves we can start eating as soon as the plant seems established enough. We look forward to trying them both.

There are many annual plants I don’t expect to ever give up, however for the sake of our soil and to have a resilient food supply, expanding our perennial food plantings makes a lot of sense. We plan to add more every year. How about you? 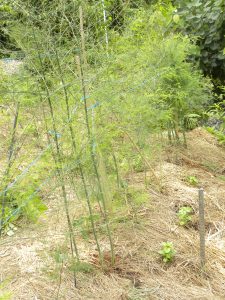 Asparagus interplanted with strawberries and basil 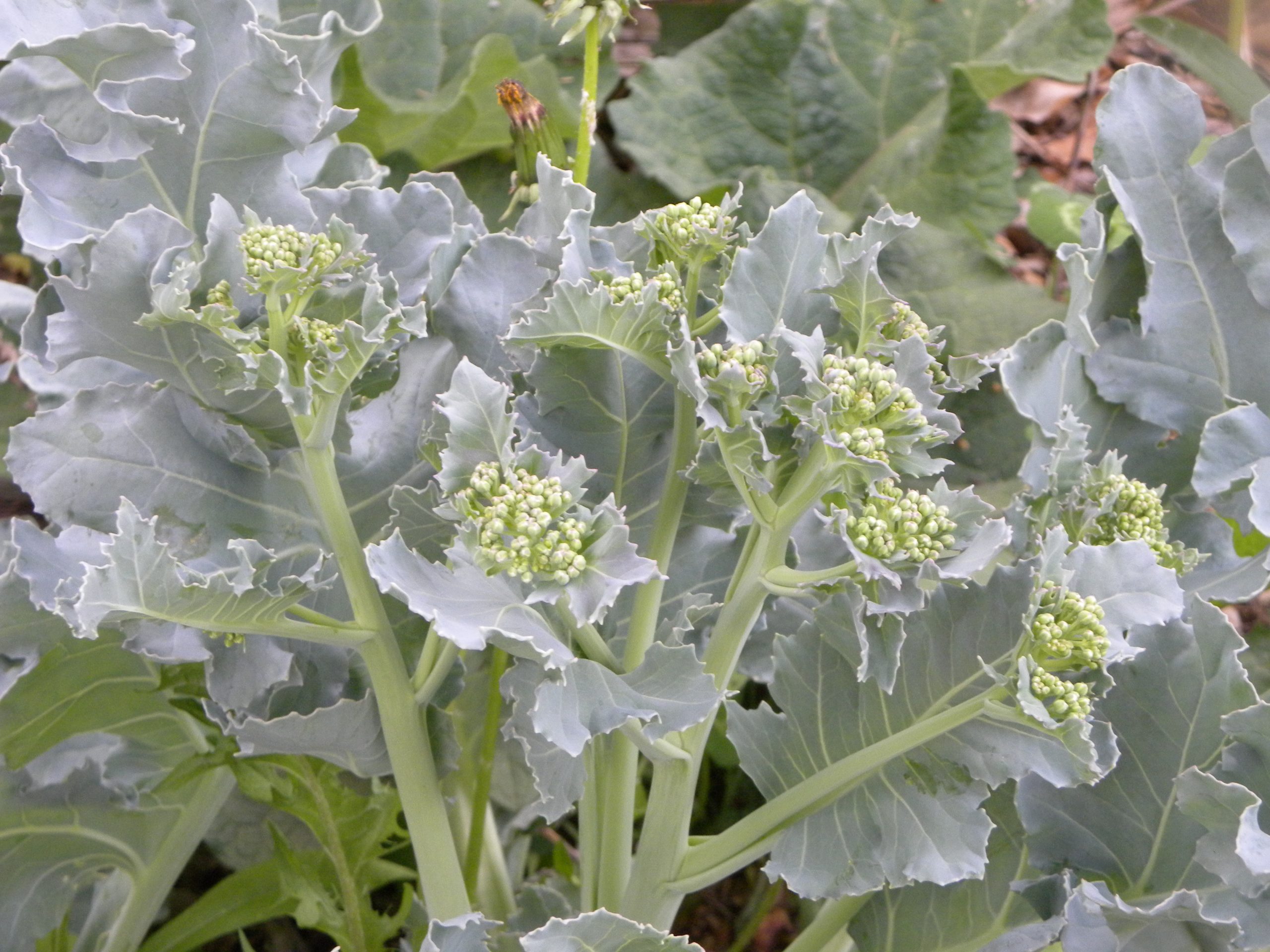