Our lives and society continue to be marked by uncertainty and worry, but let’s keep talking about food preservation as one part of re-localizing and building real security.

I admit that I don’t find freezing as fun and interesting as the other preserving techniques. While natural freezing in cold climates has a long history, what we’re talking about is using a modern device that requires technology and electricity. That’s not that exciting to me and not 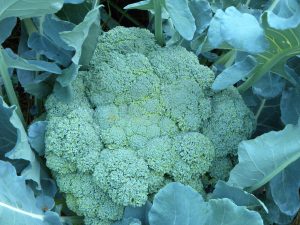 necessarily sustainable. However, it works so well for a lot of foods, and makes more sense than shipping products all over the globe. So, while we have a reliable energy grid, we use it to keep eating from our own homestead much longer.

My approach is to lean more on the other preservation methods, but turn to freezing in cases where other options don’t satisfy me.

Meat is at the top of my list for freezing. I don’t enjoy dried or canned meat. Other methods of curing and storing meats are not easy for a novice to do. There is a reason “butcher” is an important specialized craft. Years ago I was a vegan. When it became clear that was detrimental to my health and I went back to animal products I vowed to try to be involved in raising them to ensure that they had good lives. The ability to freeze our harvest means I can eat almost exclusively meat from animals that we have raised and processed.

Some veggies I prefer to freeze are eggplant, broccoli, and cauliflower. None of those rehydrate well after drying in my experience. Vegetables do

Blanching and Packing to Freeze

best when blanched before freezing. Blanching deactivates the enzymes that are slowed but not stopped by freezing in their breaking down of the food which can lead to mushy veggies once they thaw. I tend more towards actually cooking the veggies before freezing them often. Otherwise I’m blanching them – which is like cooking them a little bit – then freezing, then cooking again once thawed. Why not do more of the

Eggplant Fresh in the Garden

cooking just once up front in the process? This is how I process eggplant – we pan fry them for later eggplant parmesan or cube and cook them to use in a great eggplant enchilada recipe I have.

For the broccoli & cauliflower, I go ahead with the steaming method of blanching and use them later in quiche.

Other items I put in the freezer are: pesto, chevre, salsa, and frozen berries to use later in baked goods.

I also often freeze smaller fruits over the summer as I pick them. Then I can do my canning when I have amassed all the blueberries or currants 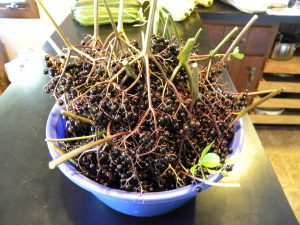 Elderberries Headed to the Freezer

or elderberries I am going to, and even wait until it’s colder and the heat and steam in the house is a positive side effect. Fruits don’t need blanching.

We have both an upright and a chest freezer.  Honestly, they were both given to us so I can’t say we were very purposeful in those choices. But – I have ended up liking how this works for us. Since the freezer fills over the fall then empties as we get to summer, we can consolidate and unplug one as we go along. Chest freezers are better insulated so use less energy. However, things can get lost in there and sometimes all my unpacking and digging around for an item doesn’t seem great for retaining cold. So, if it’s big and we have a lot of it, like meat after fall harvesting, I can stack it in boxes that are easy to move around. For the smaller products that I might not have much of, being well organized in the upright means that I actually find what I need quickly and nothing gets lost for years and never eaten.

Both of our freezers are manual defrost, which saves energy, and I don’t mind doing a yearly thaw and clean out of each of them. 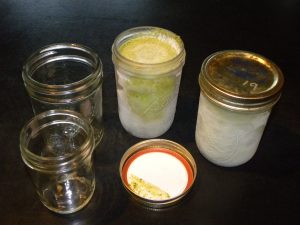 One concern that came up for me was that everything was being frozen in plastic containers. When plastics are frozen there is evidence that they can leach chemicals such as BPA, PVC, and Pthaltates into the food they are touching.  So, I have been slowly transitioning to using glass. I was initially afraid of it breaking, 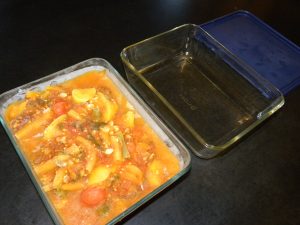 Another Container Safe to Freeze in

but a little research and using the right containers really works.  Straight sides and some room at the top of the jar are all that I’ve needed to avoid breakage.

I have never tried vacuum sealing, which sounds like more trouble and expense than it would be worth since I’m happy with how my system is working now.

Note that “freezer burn” is not a safety risk, but can affect taste. To avoid it, use well-sealed containers and let blanched or cooked foods cool before freezing.

According to The National Center for Food Preservation, “foods are safe indefinitely while frozen“. However, most charts and information out there recommends eating frozen food within a year, so we aim to freeze only what we can use in that time period.

It is important to properly thaw foods to keep them safe to eat. The easiest way to do this is put them in the refrigerator ahead of time. Don’t leave your frozen food at room temperature to thaw!

Where we live, power outages are not unusual and there have been instances when they last for days. When that happens, my thoughts turn to my freezer full of carefully grown, harvested, prepared and stored nourishment. The CDC states that a full freezer can hold its temperature for 48 hours. So, the question is – do we buy a generator big enough to power this appliance? We haven’t yet… we’ll see what the future brings in terms of increased storms and power issues. 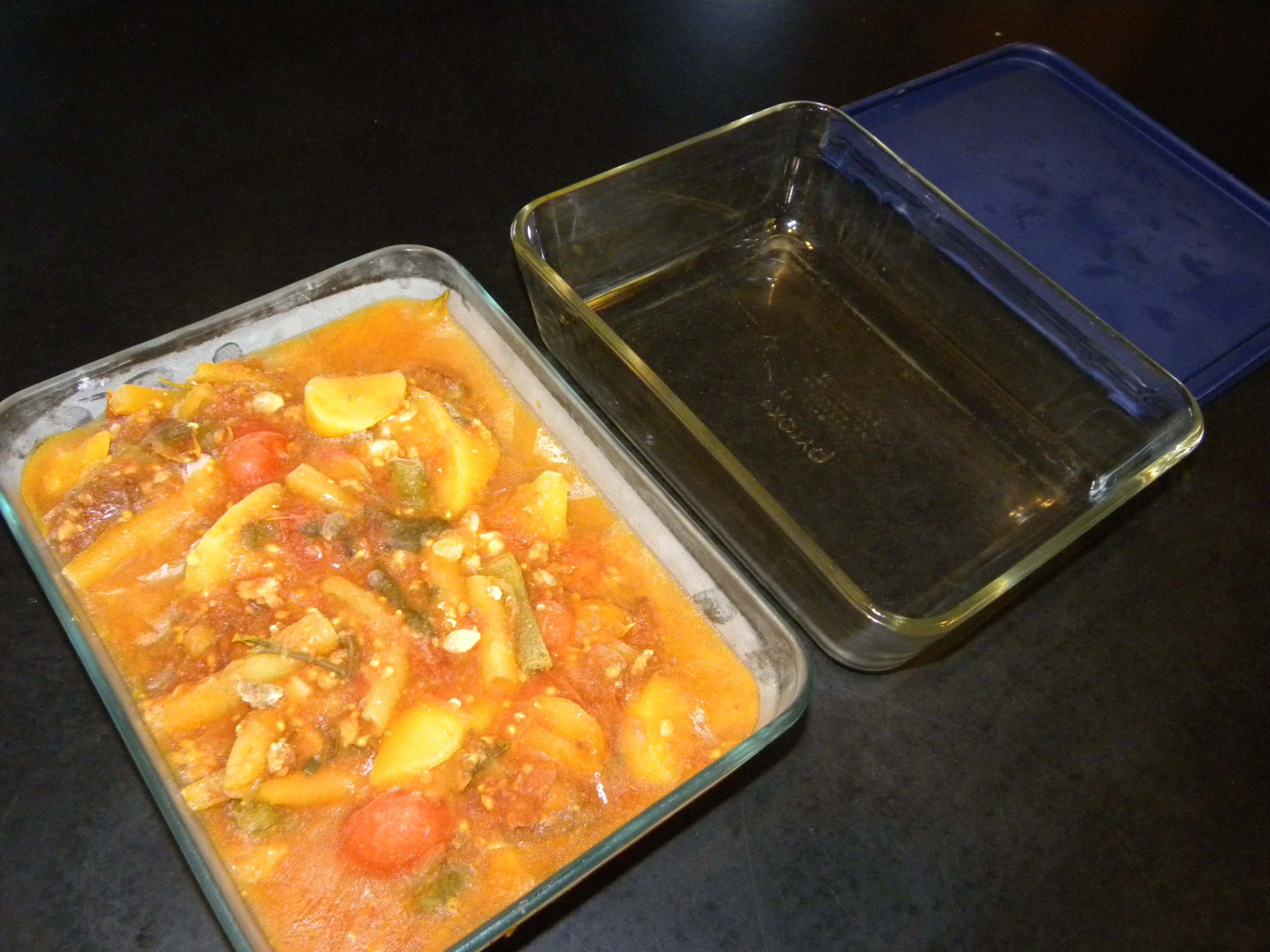